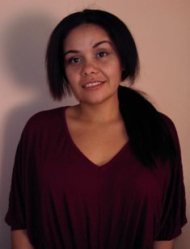 Known as Mason to her friends and the resident Mad Hatter of Nights of Passion.

At the age of nine, a.c.Mason made up a zombie story at summer camp. It scared the other kids so much that the camp counselor called her parents asking them to ensure she never did such a dreadful thing again. From this, she learned the power of storytelling, and the seed of the author was planted.

Born from the union of her Scottish and Belgian mother and an African American and Cherokee father, her youth was filled with dichotomies and moving from place to place. She developed a curiosity to explore through writing the seedy side of our nature and desires. Add to that her fascination with theology, politics, history, horror, and erotica. And voila, her distinct voice surfaced; described as a unique mélange of complex characters, well-crafted suspense, and mesmerizing visceral erotica. Her stories are the place where darkness meets human desire and fairytales endings are not promised but earned.

She wrote on and off since her early teens as a hobby and for friends. She enjoys delving into the realms of the unknown and blurring the caution lines.
Mason is fluent in French and English. She’s an avid traveler, including most of Canada, both of the United States seaboards, England and Europe. Her studies were in the computer field. She advocates the preservation of our natural and cultural riches for future generations.

Take a journey with her characters and come face to face with what lays beneath their illusions. Emerge…on the other side changed.

Weekly she can be found blogging at Nights of Passion:

The Aequitas, part angel and demon, have kept the balance between the forces of good and evil-until now.

When Etienne Grant is kidnapped and transformed into an Aequitas, marriage to Auria is the only thing that will save his soul.

Auria is a beautiful but efficient Aequitas, a General who wants nothing to do with love. A former lover has plans to prevent any hope of happiness with her new husband, and after murdering his own best friend and forcing Auria to join his rebellion, the balance between good and evil spirals out of control.

Can Etienne’s tenderness melt Auria’s cold heart and heal the pain of their secret pasts? Their very survival depends on it.

Will the battle for aequitas freedom cost the balance between good and evil?

Aequitas—part angel and demon, fight for their freedom and march to heaven’s doorstep.

Rebel leader Etienne Grant kidnaps his wife and vows to punish her disobedience. Once retribution is paid, Auria will command his army in a most ambitious venture—defeating all the angels in heaven.

Auria can do nothing but surrender for the safety of her sons. Once in Grant’s clutches, she realizes he wields an even greater whip as he fights for her heart and loyalty.

Enemy alliances are forged as they prepare to bring down the Kingdom of God. But the archangels won’t let victory slip from their grasp so easily.

The battle for freedom might cost the balance between good and evil, but will it damn their souls for eternity?

Warning: This book contains graphic sex, bondage, and biblical references. A bad guy that will make you hot and bothered. And a heroine that will shock you.

Indy Kent’s motorcycle accident last New Year’s Eve forced her to fight for things she took for granted. This holiday she makes a special request of her best friend, Liam Boyd, the “I want you to deflower me.” Desperate to get Liam out of her system, a holiday sexcapade seems like just the cure from her long harbored, unreciprocated feelings.

But there is a complication, and his name is Tim, Liam’s older brother. Tim’s touch last New Year’s Eve ignited an unexpected flame between them. The time they spent together during her recovery only furthered her attachment to him.

Emotions whirl; her secret looms. The hotter the burn between the sheets with Liam, the more Indy’s yearning drifts toward Tim.

The incident that caused her accident and changed her life might save her heart.

Can she ultimately surrender her heart to the right man?

Will her love break through his armor so he can be whole again?
In June of 1940, Nazis march into Paris, France. Brutality haunts the streets.
Engel VanWolf, the Alpha of a Shunu pack – immortals, who shift into wolf-spirit – has a painful past and the patch on his eyes serves as a reminder of human cruelty. No stranger to injustice, he poses as a Nazi officer to smuggle Jewish orphans from the city. Drawn to a seductive fragrance, chocolate skin, and velvet voice, VanWolf comes upon a human beauty, Alexia, in danger. A hunger long forgotten burns anew inside him.
Alexia Pane is taken in by the shunu pack, and finds communal living isn’t the only thing they share. When danger comes knocking, she’s sent to warn VanWolf, who has been discovered but needs rescuing of her own. As he whisks her to safety, he awakens her dormant passion. It’s not the flames of the city she fears, but the fire he invokes inside her. The closer she gets, the more he pushes her away. And then, she falls into enemy hands.
Can VanWolf save the woman he loves from a ruthless enemy and mend the pain he has caused?
Warning; This book contains a hot Alpha with an eye patch. A chocolate damsel in need of saving. A pack that shares more than communal living. F/M/F/M. A pack with no lack of hot betas to follow.

1 Response to Past Contributor–a.c. Mason