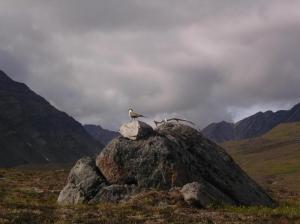 The old adage in real estate is well known: the best way to select property is by considering three things – location, location, location. Does this principle hold true for writers? In order to find the perfect location for my stories I do a heck of a lot of research. Perhaps I’m no different than a home buyer. After all, the places I pick are where my characters have to live.

For the first story I ever did, DESIRE IN THE EVERGLADES, I picked the most dangerous, and steamy, place I could think of. For me, Florida’s Everglades was the obvious choice. I had traveled there with my parents as a young teen and the memories stuck with me. Everything from the oppressive heat, to the airboat ride, to the thrill of seeing alligators, stayed fresh in my mind even thirty years later. Since I was new to writing novels when I wrote EVERGLADES, I felt comfortable picking a setting I was familiar with.

The second story I did, LAWFULLY YOURS, takes place in Hartford, Connecticut. Living in New England for the past two decades as I have, I know Hartford quite well. Setting the scenes of this book right in the heart of downtown was as comfortable and easy for me as sitting in my well-worn couch.

It was time for me to kick my locations up a notch. To challenge myself as a writer. Not because I hate myself, but because there are limits to my life travels. I have a full time job, a hard working husband, two young boys, and a limited wallet. With these limitations, I do my best to accomplish “live-action research.” I had recently posted on this blog about my travels to both the Belmont and Saratoga racetracks for a recently finished romance manuscript I set in the world of thoroughbred horseracing. But can I always accomplish the goal of traveling to every place I want to write about? No.

That’s not necessarily a bad thing, however, depending on the location I’ve chosen to write about. Take, for instance, my newest release, the sequel to my EVERGLADES story, DESIRE IN THE ARCTIC.

When I decided to write a sequel, I wanted a place that was equally dangerous and unique as the Everglades. A real place, but one so remote and hard to get to, most people would never get there. So I picked Gates of the Arctic National Park in Alaska. It is the most Northern US park, and the only one in the Arctic Circle. It is accessible only by specially chartered planes. (Although there is another alternative, assuming anybody wants to risk their life by crossing a raging river after hiking a few miles from the nearest highway.)

Researching Gates of the Arctic National park wasn’t easy. Turns out, the more obscure the location, the more difficult it is to find information. Undaunted, I ferret out enough accurate facts to paint a picture as vividly as if I had personally traveled there. It took time. It was not within my comfort zone. But I think the results were worth it.

What’s the most dramatic location you wish you could visit?

The pictures above are of Gates of the Arctic National Park and Preserve, courtesy of the US government. Fun fact from the US Park’s Department website: The weather can drop below freezing and snow during any month—even in July—in Gates of the Arctic!

Book Blurb for DESIRE IN THE ARCTIC

Ana Davis has been given the promotion of the century—from secretary to television producer. But the new job is not without its problems. The network will do anything for ratings. The executives reveal Ana’s newest show, one she’s forced to star in herself. She’ll have to survive in the Arctic Circle for twelve days. If she wins, she’ll get the prize money she desperately needs. But the stakes are high, she could lose her very life. Good thing she’s been paired up with expert survivalist William “Redd” Redding—a mysterious, solitary and very sexy man. Too bad she thinks he doesn’t even want to talk to her.

William “Redd” Redding is a former Special Ops Marine in need of cash to help a cause near and dear to his heart. What he’s not in need of, however, is Ana Davis—his clueless but captivating partner. It’s up to Redd to have the two of them survive in the most dangerous, hostile environment of all. But worse than snowstorms, predators, and a scarcity of food is a real danger—Ana. Resisting her, when he wants her more than anything, is his hardest challenge yet. How does he go about protecting her when his biggest goal is to protect his heart?

And if your curious as to the book 1:

Book Blurb for DESIRE IN THE EVERGLADES

Stephanie Lang’s successful career as a television producer can’t give her everything she wants out of life. Her personal goals of writing a romance novel and finding true love languish. Emotionally scarred by her fiancé’s affair with her cousin, she doesn’t have the confidence to go after either goal again. At least she has professional confidence to fall back on—she is ready to produce the company’s next hit show. But when her boss reveals what the show is about, a survival documentary starring a sexy, modern version of Crocodile Dundee, Stephanie’s life is turned upside down.

Colin Brandt, billed as “The Evergladiator,” will tackle Florida’s Everglades with nothing more than his bare hands and a knife. Stephanie, instantly attracted to handsome, rugged, enigmatic Colin, worries he will not survive his twelve-day odyssey. If he does, he’ll win a million dollars. If he fails, his beloved family’s farm will go into foreclosure. Can Colin conquer the Everglades? And can he conquer her heart?

AMAZON LINK FOR DESIRE IN THE EVERGLADES by Stacy Hoff:

AMAZON LINK FOR LAWFULLY YOURS by Stacy Hoff: 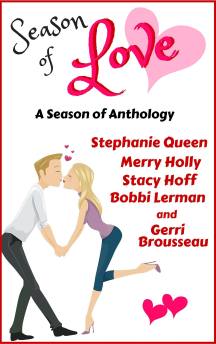