Slapstick and Sarcasm by Leia Shaw

I wouldn’t call myself a comedy writer, but humor plays a big role in my books. In my life, actually. As a parent of a child with special needs, I often tell people if I wasn’t able to laugh at myself, and sometimes our situation, I’d have slit my wrists a long time ago. Ha ha, just kidding. A little dark humor for ya’. But for me, laughter is that important. It’s even got a healing quality to it. Having a good laugh releases endorphins that give us a bit of a high. Like a natural upper. Many times when I’m feeling down, I’ll say to my husband, “I need a good laugh, do something funny.” To which he blankly stares. Then I roll my eyes and call my best friend. 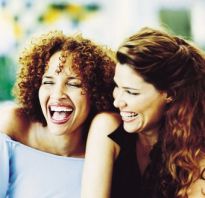 So what does this have to do with writing? Well, I think for the upcoming generation of readers, humor is essential – even if you write deep, dark, and serious material. We live in an ADD society. The audience for long, flowery narration like Jane Eyre is, for the most part, dwindling. And new readers are picky. If they hit a dull spot, they put down the book. And if they put it down, it’s very hard to get them to pick it back up. This generation moves fast and they want their books to also.

Again, where does writing humor fit into this? Well, one of the things I try to do is, when I have to inundate a reader with a long description or a backstory, I make it funny. That way it entertains the reader as well as giving necessary information without hitting a lull.

Now I’m no expert, and admittedly I didn’t do much (or any) research before writing this post, but in my mind there are several types of humor. Some you’ll be great at, some not. In my opinion, it’s better to use what you got than try to be good at everything. Maybe you already know what suits you best or what comes most naturally to you – if so, awesome and run with it. If not, I’ve listed the types (which I just made up) below along with an example of each. Take a look at what you find most funny then experiment with how to add more of it in your writing.

And I apologize that all the examples of humor are from my books. Number one, it’s my own material so I don’t have to worry about copyright infringement. And number two, I’m lazy.

Marcelo knew from experience, human women did not like being ordered around by men. His queen had taught him that when she’d tried to kill him only a few months ago. And all because he’d forced her to drink blood and steal the throne from her twisted father. Women were so temperamental.

“Your ego is legendary. It’s like its own entity. No, really. We should name it.”

“We’re not so different, you and I. You believe your loose morals dictate the right people to kill. I don’t.” With the knife, he cut straight through her shirt. “That’s the only difference between the hunter and the hunted.”

She rolled her eyes. “Is this how you’re going to torture me? Spewing philosophical bullshit? I prefer the knife.”

She narrowed her eyes. “Now I want two apologies.” Folding her arms across her chest she added, “And a cookie.”

When he crouched down into a fighter’s stance, he looked like a sexy tiger ready to pounce. When Sage did it, she looked like she was sitting sideways on an invisible toilet.

“Me bossy? Ha! That’s funny coming from you.”

“Down here there’s a name for a creature that taunts a bigger one.”

“Thanks for that, boy genius. Where’d you graduate from? Hogwarts School for the Mentally Unbalanced?”

It had only been six days since she’d frozen in fear when the werewolves had attacked her and Marcelo. What a long way she’d come since then. Now…now she would have faced them with courage instead of cowering behind a man. Her head would be held high, bow in hand, strength down to her feet rooted on the ground. Yes, she was fae. She would never run and hide again.

Just then a giant snarling ball of muscle, fur, and teeth lunged at her from the trees. Oh, the irony.

The next stall over is decent but cramped. It’ll have to do. I lift my dress and begin the process of liberating my curves from the torture device called Spanx. I grab the waistband and yank. And yank and yank. Down, down my body. At my hips, I reach some resistance. I wriggle them back and forth but the stall is so narrow I knock into the walls. I widen my stance, hovering above the toilet. Balancing on my too small heels proves challenging. I grunt and curse under my breath. Sweat drips down my nose. But I am going to get these damn things off if it’s the last thing I do.

Taking a more aggressive approach, I shove my hands under the waistband around my hips and pull down as hard as I can. Then I hear a loud rip and freeze. I look down. The lacy red underwear Nick got me is torn through at the side.

The sound of a throat clearing comes from the stall next to me. Double shit! Someone walked in between my grunts and thumping about? It probably sounds like I’m giving birth in here.

Uhh…I don’t really specialize in this. I mainly use low brow and crass.

So. What’s your favorite type of humor to read and to write? Do you have examples you’d like to share? Leave a comment below and we can all laugh at you…er, with you.

28 Responses to Slapstick and Sarcasm by Leia Shaw