Brainy is the New Sexy

My apologies to fans in the rest of the world, but those of us in Britain and Ireland are suffering the withdrawals already from the end of series two of Sherlock. One of the moments that started a little squee of delight on social media was Irene Adler’s comment of appreciation about Holmes, “Brainy is the new sexy.”

What? It went out of fashion? When?!

I know that heroes in novels have usually been paragons of beauty, but surely the best ones are also sharp, too. Think of it: Elizabeth overcomes her dislike of Darcy’s stiff pride largely because his mind clicks along as swiftly as her own. Compare him to the affable but not especially perspicacious Bingley and he’s clearly more interesting.

In Sherlock they represent Holmes’ bafflement at reading Adler as the beginning of his interest in her. He doubts his powers when his assessment of her—conveniently naked, the way she feels the greatest strength—when he can derive no clear facts from her (nicely represented on-screen with a series of question marks, whereas normally text betrays the facts ascertained from Holmes’ quick observations).

Accustomed to being smarter than everyone else in the room, Holmes finds himself captivated by the clever Adler whose actions cannot be predicted. He becomes even more sharply observant and feels the thrill of a renewed interest in life and the spur of a challenge.

For many of us, intelligence provides exactly that kind of attraction. Someone who awakens our minds as well as our bodies offers an attraction that goes beyond the superficial hook of a pleasant appearance. In my story “Stacks” a young librarian finds a way to reach the cute, smart but shy guy she knows to have an interest in her with a little help from Shakespeare:

“Every time I try to talk to you,” he said slowly, stopping to swallow, “I get tongue-tied.  I want to sound intelligent to impress you, but all I can do is imagine what it feels like to touch your skin.”  His whole face took on a pinkish hue.

Selena stepped closer.  “I bet it would feel really good.”  She reached up to stroke his cheek, feeling the slight roughness of stubble beneath her fingers as she traced the scar on his chin.  Armando looked eager enough, but still seemed frozen to the spot.

Selena smiled.  “Would it help if I said, ‘Good pilgrim, you do wrong your hand too much, which mannerly devotion shows in this; For saints have hands that pilgrims’ hands do touch, and palm to palm is holy palmers’ kiss.'”

Armando grinned.  “O, then, dear saint, let lips do what hands do.”

“Yes,” was all she said, but it seemed to release his hands and his eager lips.  His arms enveloped her and their lips met as she buried her hands in his thick black curls.  Armando opened his mouth and thrust his tongue into hers, and it burned hot as a Serrano.  She twined her fingers in his hair as her breasts crushed against his chest.

Armando’s hands slid down her back to her derrière, circling the generous globes with obvious delight.  He took his mouth off hers long enough to whisper, “God, you are so beautiful!” then moved his mouth to her throat.

Selena knows he’s an English major, so she assumes he knows his Bard. I would hope that’s true not only of English majors but also most writers. Then again, I can’t remember a quote right to save my life, so is it really any indication of reality? Probably not, but that’s why we love fantasy. 🙂 (“Stacks” is just one of the four tales to be found in my sexy anthology Four Play, which is just 99¢ at Amazon).

What do you think? Is brainy sexy for you? It sure works for me. I love a big mind, especially when it’s combined with a big heart. Back to Scotland soon… 🙂 And yes, because I know Gerri will want to see some, here’s a lovely photo from this week in Galway. 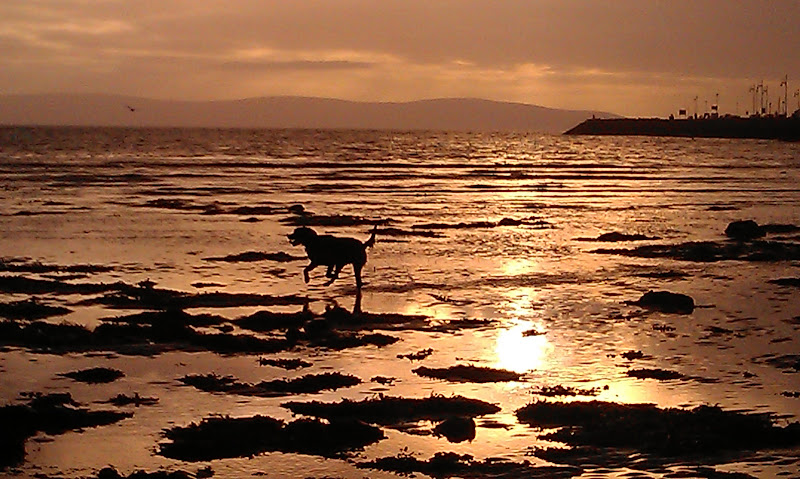 4 Responses to Brainy is the New Sexy