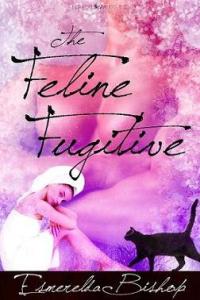 Esmeralda is giving away an ebook (author’s choice) to three lucky winners.  A fourth winner will get a 20 page critique.  More about the contest at the end of the interview.  It’s great having you here, Esmeralda.

Thanks for having me!

Esmeralda, please, tell our viewers about your background.

Well, let’s see… I was born and raised in a small town in North Carolina. At twenty-two, I moved in with my boyfriend in another small town forty-five minutes away, where I still live today. The boyfriend became my husband; we’ve been married nine years in November.  After a five-year stint working as an administrative assistant in an engineering firm, I became pregnant with boy/girl twins. Five-years later, I’m a stay at home mom to those rambunctious twinkies, who are the light of my life, but I’m still looking forward to school starting back. LOL.

When did you first know you wanted to be a writer?

I’m not one who has written all my life, heck, I didn’t even keep a journal when I was a kid.  But, I loved to read. And it has always been romance. About three years ago, I found the more I read, the more I was dissatisfied with the endings. A book would have me completely engrossed, and then I’d get to the climax and deflate, thinking ‘really? That’s it?’ After each book, I’d imagine how differently I would have written it. The more I imagined, the more I started to get this weird itch to do something about it. So this idea formed in my head and suddenly I found myself writing. It took me two years to write that first book and it will never see the light of day, but through writing it I found my niche. I love to write. And I haven’t stopped since.

What were your influences when you started out?

General Hospital. LOL. I loved that soap opera, especially the Cassadine’s storyline. I was enthralled with Nikolas and Emily’s love story and the evil grandmother who constantly came between them. It’s not shocking that the first story I wrote parallels them in a way.

When did you know you wanted to write romance?

I never had a choice in that. Romance is what I grew up reading, it is what I read now and will continue to read until I am old and gray. I love my happy-ever-after.

Please, tell us about FELINE FUGITIVE.

You’ll never look at a cat the same way again…

Claudette Richards adores Fluffy, her cat. Little does she know how much he adores her in return, nor that he’s secretly a man named Luca Doyle, who has chosen her for his life mate.

Framed for murder, Luca hides out in cat form while he hunts down the real killer, a battle that could reveal him to Claudette before he’s ready. If it happens, will she match his passion or send him to the pound?

You can find the story here:

What scene was the most fun to write?

Oh that is easy! It’s the date scene. Claudette brings another man home to a spitting, filled-to-the-brim-with-jealousy kitty, who refuses to just lay there with his furry head on his paws, while the other man paws his mate. Not only does a fight scene ensue between Fluffy and the date, Claudette is left wondering what the heck has happened to her even-tempered kitty. That was such a fun scene to write.

Did you have to do a lot of research for your book?

For this one, I didn’t. It’s probably the only story so far that I haven’t had to do some heavy research on. I had to stop and ask a law enforcement friend a few questions about that portion of the story, but the rest is all imagination.

Where did you get the idea for the book?  I especially like the title.

The concept of the story came to me while I was sitting outside with my kids while they were playing. I dabble in almost every genre of romance and decided I wanted to write a shifter story. Being somewhat of a quirky person, I wanted to do something different than the usual alpha shifter persona. I could not, for the life of me, figure out what kind of weird creature I could make my hero’s counterpart be. Then a stray cat walked across the yard and I was like Ah-ha!!! If there was one thing I could write, and write well, it would be a cat. I’d grown up with the furry critters all my life. I love cats. From there the seed was planted then sprouted to a full story.

Esmeralda, please, tell us about your other published works?

I have three other stories out with Freya’s Bower. Two are apart of an anthology and one is a stand alone short story.

I’ll start with the first story I was offered a contract on: A Love Rewritten, which is a part of the Dream by the Fire: Winter Magic Anthology. 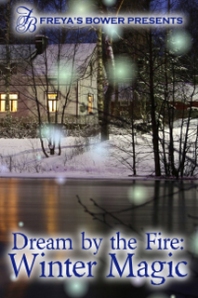 Waking in an era not her own, Gabrielle Stone is shocked when the hero from her endeared romance novel opens her bedchamber door.

Devlin McCalister is pleased to find his lady love without a memory, perhaps now he will succeed in wooing her.

One woman’s love for a novel. One man’s love predestined. Will their devotion to each other change a story already written?

You can find this story here:

The next story to get published was with another anthology: In the Gloaming: A 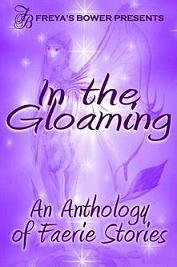 Faerie Anthology. My contribution is titled: Robin’s Cap.  This was the first one where I got to really dip into true evil. And, dang, it was fun.

What happens when legend becomes reality?

Graham Parish and Kat Davis are about to find out. As they near Hermitage Castle, a sense of foreboding and evil surround them. The tale behind the castle and its wicked lord has captivated him for years. No amount of nagging doubt will keep him from experiencing this place.

By the time they decide to leave, it’s too late and they are trapped. Then things really become strange when the creature from the lore makes an appearance. Now they are face to face with Robin Redcap.

What started as an attempt to save a relationship turns into a frantic fight to save their lives. Will they conquer the malevolent faerie or will Redcap defeat them and acquire the blood he needs? And can love be rekindled when faced with death?

This anthology is available here:

And the last story I have contracted with them is Prince Henry’s Secret. I wrote 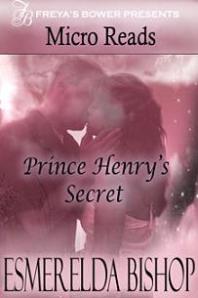 this one for my kids. A sweet fairy tale with a morale clause.

Prince Henry’s world is in chaos. First, a witch has cursed him with a wicked spell that prevents him from marrying or being king. Second, his parents are relentless in their pursuit to see him married. Third, Princess Madeline has set her sights on him and refuses to take no for an answer. Worse yet, he longs to give in, but knows he cannot.

Princess Madeline arrives in Flatasmere with a warning from her parents not to return until the prince is snared into holy matrimony. Not an easy feat, since he’s been in hiding ever since her arrival. When they finally meet, Madeline believes she is making headway, until the prince claims he wants to be the dreaded word “friends”. Refusing to accept such a cruel label, she increases her pursuit. But dark secrets lurk in the background. Will the reveal of Prince Henry’s secret convince Madeline not every fairy tale ends in happily ever after?

What upcoming release(s) can we look forward to?

No upcoming releases for me right now. I just finished a couple of stories that will start making the circuit soon, so keep you’re an eye out.J

Many of our viewers are writers, do you have any writing tips to pass along?

Grow thick skin, the thicker the better. Criticism and rejection is apart of the business. Doesn’t mean it doesn’t hurt like the dickens, because it does. If you get feedback that immediately puts you on the defense, step back. Calm down. Wait a few days and then take another gander at the feedback. See past them cutting up your baby to what they are saying. Doesn’t mean you have to agree, or even do what they suggest because it is their opinion and it is your story, but always be open to whatever feedback is given to you. You never know, the shredding might open a whole new doorway for your story.

Thank you, Esmeralda, for visiting Nights of Passion.  It’s been fun.  For those viewers wanting more information about Esmeralda Bishop, you can visit her website at: www.esmereldabishop.com

Thanks for having me. I enjoyed it!

To enter the contest, all you need to do is comment on this interview.  If you are interested in winning the critique and/or ebooks, please, say that.  The four winners will be chosen at random by Esmeralda after the contest closes at 10 pm Eastern Time on Sunday, August 9, 2009.  Esmeralda will notify the winners by email.  Thank you and good luck.

6 Responses to Contest and Interview with Romance Author Esmeralda Bishop